Chateau Virant is a formidable rocky outcrop that dominates the vineyards and olive groves of the estate.

And this rock bestows its namesake to the property.

Inhabited since protohistoric times, Throughout the ages, this rock has been a place of worship and protection to the population.

Virant, The God of Wind, has been celebrated here.

Nowadays, the Cheylan family thinks of itself as the benevolent protector of the area. Château Virant is a remarkable rocky peak overlooking the vineyard and the olive trees of the estate. The property takes its name from it. During the prehistoric era, the peak stood as a place of worship protecting its inhabitants. This is where the Wind God called Virant was celebrated.

Chateau Virant represents the story of the Cheylan family whose sense of adventure continues to resonate. The history of Robert and Noële Cheylan, both children of peasants, arose to self-educated and became true visionaries. Through hard work, self-sacrifice, dedication and engrossment, they set out to restore life to this once neglected property and have created their vision for this estate.

They succeeded in passing their passion for wine and olive oil with their two children, Pascal and Christine. Both of whom work together today finding strength and success in their complementary personalities in order to ensure the family estate develops and continues to thrive. 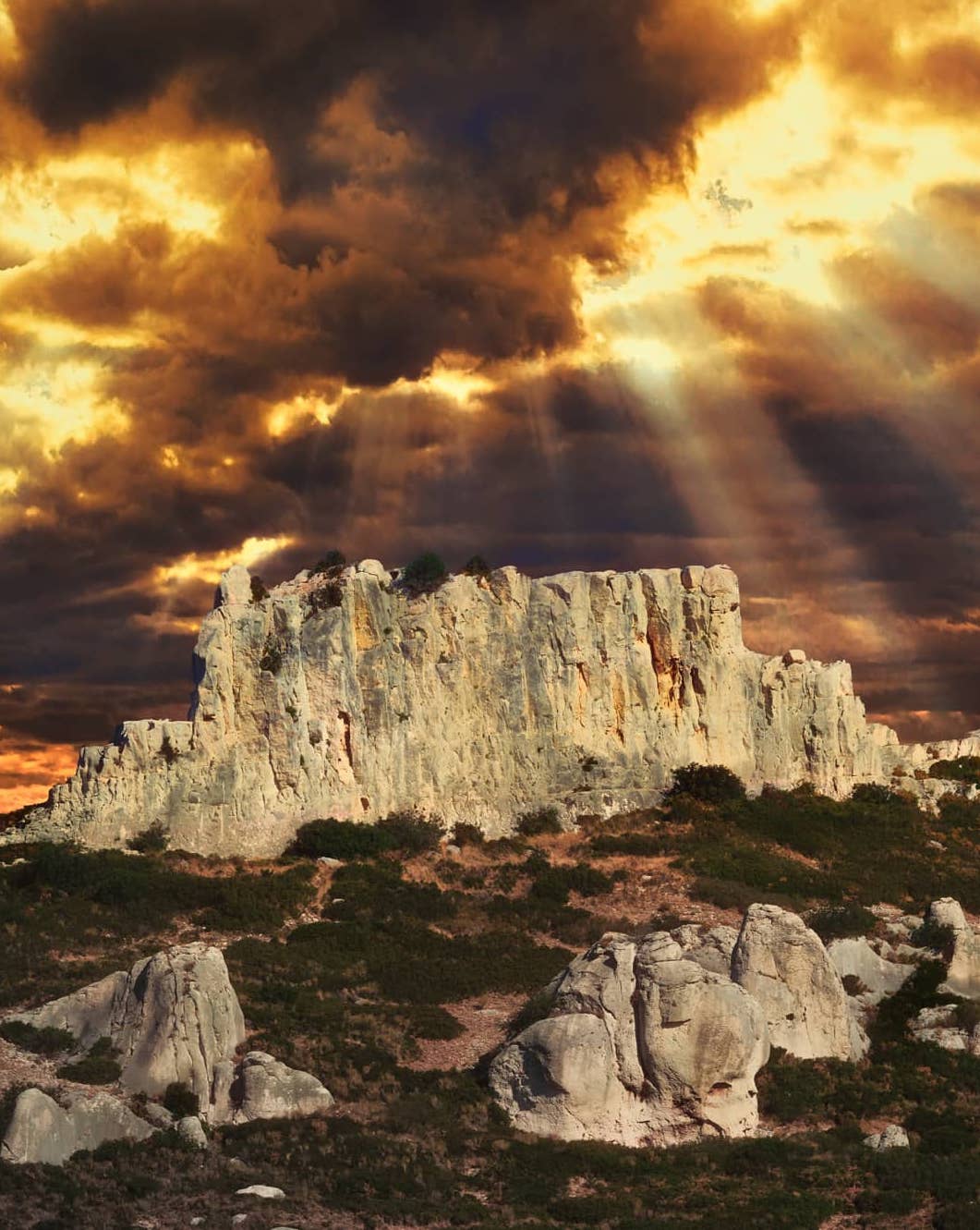 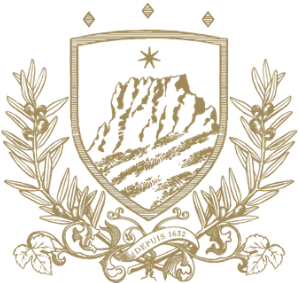 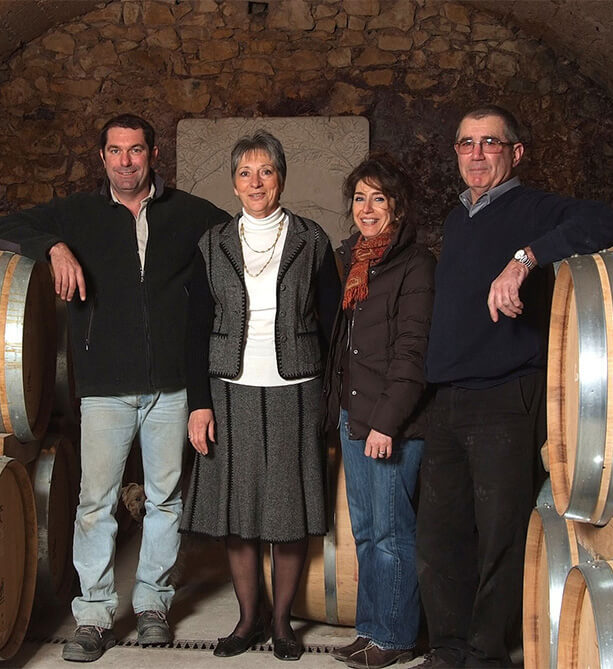 Robert and Noële CHEYLAN are both children of winemakers and olive growers, They bought the property of Château Virant in 1974. At the time, they oversaw the land that was planted with vines and olive trees. Their productions went to the neighboring village cooperatives.

In 1976, Robert and Noële had the opportunity to export 270,000 olive vines. The cash contribution allowed them to restructure the vineyards by planting fine grape varieties: Syrah, Cabernet Sauvignon, Rolle, Clairette.

Then Robert and Noële started restoring the buildings including the 3000-square meters cellar which had been unused for years.

It took thirteen years of investment and work to restructure the cellar and produce the first bottle of wine in 1987. At that time, the property had 53 hectares. "We did not have a clue where we were going! " Robert Cheylan recalls. But the quality showcased itself already in 1987, The vintage of the Festival d'Aix en Provence elected Château Virant "best rosé" of the Coteaux d'Aix en Provence appellation.

In 1989, their son Pascal joined and supported the operation of the vineyard and olive grove. The surfaces of production grew bigger and bigger with active marketing efforts.

In 1996, motivated by a desire for independence and quality, the CHEYLAN family decided to create its own oil mill and offer exclusively olive oils from the property, Their daughter Christine then returned home and assumed the responsibility of the mill and the international marketing. Once again, Château Virant new adventure with olive oil quickly became recognized internationally.

Christine Cheylan’s grandfather, Henri Cheylan, was the President of French olive oil professional organizations for over 30 years. She carries on his legacy and continues to champion the olive tree and its encompassing traditions. In her own words, she describes herself as a child of agriculture. Like her farmer grandparents, and her parents, it would be her roots that would bring her back to Chateau Virant. 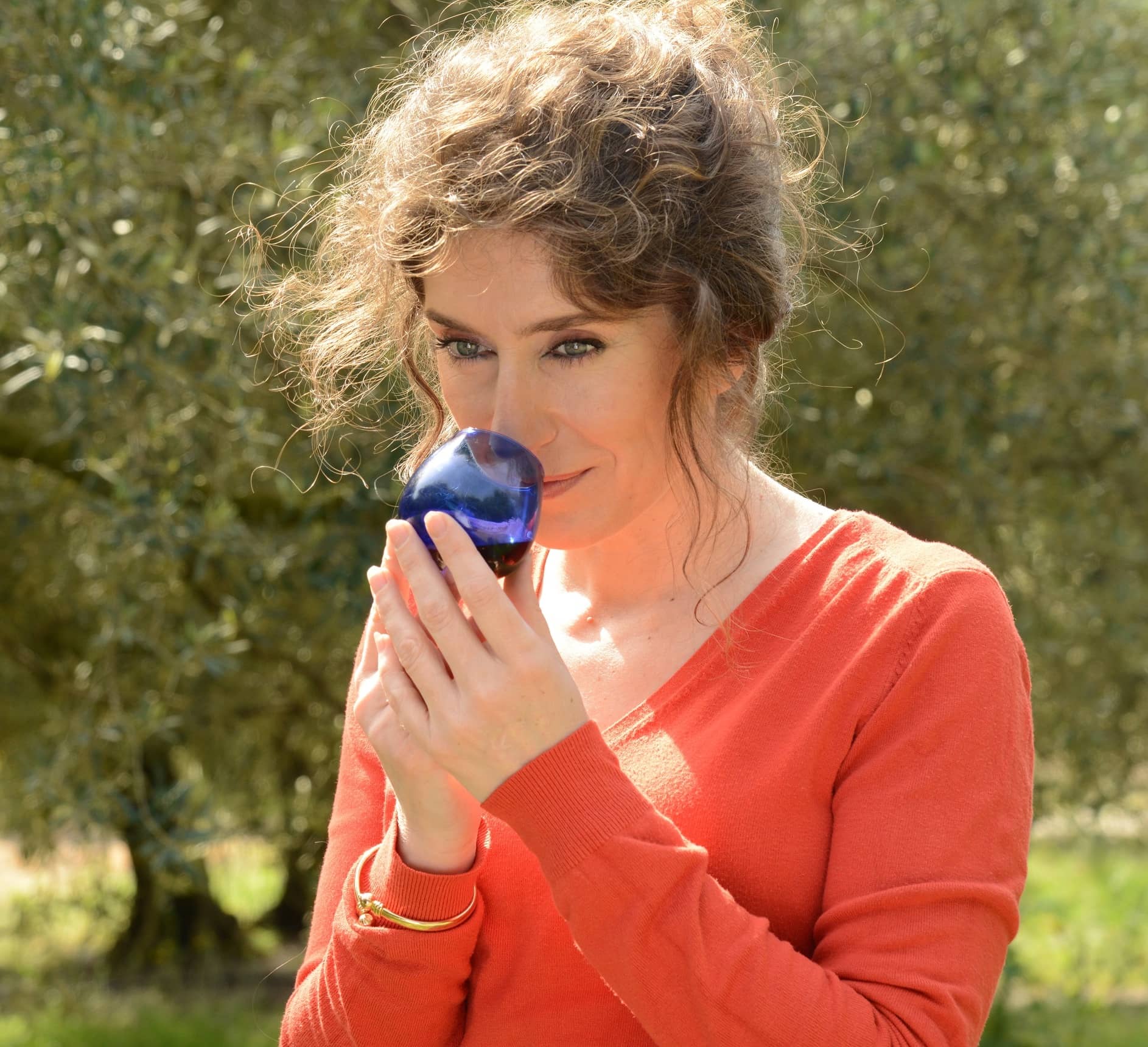 Christine’s father always aspired to produce his own olive oil. In 1996, his vision to create an olive mill drew Christine back to her roots. She seized this opportunity to have her own subsidiary within the family’s business.

She divides her roles in the olive oil world (president of national and international competitions: Shanghai, Montreal, Toronto,) and shares her passion through by conducting sensory analysis seminars and the writing books (a recipe book and a comic strip that tells us about olive oil in French and English.)

Faithful to its spirit of openness and sharing, the Cheylan family invites novices and enthusiasts to visit its cellars, its oil mill and its museum of the vine and the olive tree.

This museum intends to serve as a link between generations; a marriage of old tools and didactic elements and knowledge rooted in memory. Encased in the giant barrel, a film tells the story of wine and olive growing through the seasons. A collection of old tools retraces the history of these two emblematic products of Provence. A journey of sensory is unearthed in the museum, allowing visitors to test their olfactory senses. This experience highlights the complexity of wine and olive oil.

Visit the cellars, oil mill and the museum of the vine and the olive tree.

Immersed in the heart of the Provencal countryside, the site of Chateau Virant is the ideal location to host all your private and professional events.

The old sheepfold of the domain whose origin goes back to the 17th century has been completely refurbished into a reception room. Throughout the year, we offer customized services for events including meetings, seminars, weddings, baptisms, parties, and more.

The terrace of the sheepfold hosts summer parties in July and outdoor yoga classes in August.

Cultivated on an arid land, rocked by the mistral and flooded with sun, the vines are harvested from mid-August to mid-September.

The wines of the domain proudly wear the colors of Provence. They are made from grape varieties such as Syrah, Grenache, Cabernet Sauvignon, Carignan or Caladoc for the reds and rosés, and from Rolle, Clairette, Ugni Blanc and Chardonnay for the whites.

Our red wines represent pronounced notes of red fruits, fine spices, vanilla and licorice. The rosé wines are fresh and greedy with on the palate as on the nose aromas of red fruits (strawberries, raspberries, cherries) and citrus fruits (grapefruit, lemon).

The white wines are dominated by flavors of exotic fruits, summer fruits and citrus.

Some of our wines are aged in oak barrels for 12 to 18 months and develop subtle aromas of vanilla and caramel.

Harvested from October to December, the olives are the fruit of olive trees from the 1956 frost, old trees with tortured trunks but still majestic.

The queen varieties of the protected Aix en Provence appellation, the solonenque and the aglandau, constitute more than 80% of the orchard. The olive oils of Chateau Virant offer a wide range of aromas that will find their rhythms in the kitchen for a perfect match between food and olive oil.

From harvesting to crushing, from filtration to blending to marketing, nothing is left to chance: Excellence at all costs. Thus, since 2012, Chateau Virant’s olive oils were awarded the only EPV (Entreprise du Patrimoine Vivant) label.

This is the label of excellence of French know-how.